How a single photo helped to change the life of Bibi 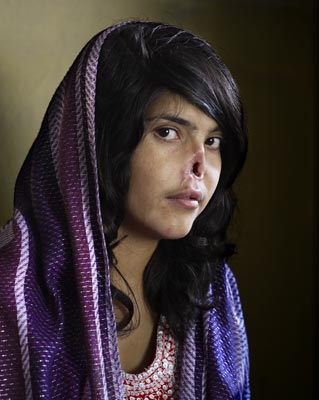 The photo of Afghan women Bibi Aisha, whose husband cut off the nose and ears, blew the world’s media in 2010. Four years she lived as a slave, she was constantly beaten by ten brothers and father in law. After a failed escape husband disfigured Bibi. She miraculously survived and managed to escaped to US military hospital.

The photo made ??by South African photographer Jodi Bieber has won first place in the global World Press Photo.

In 2013, after having a reconstructive surgery, she has a new face.

Are we created equal?